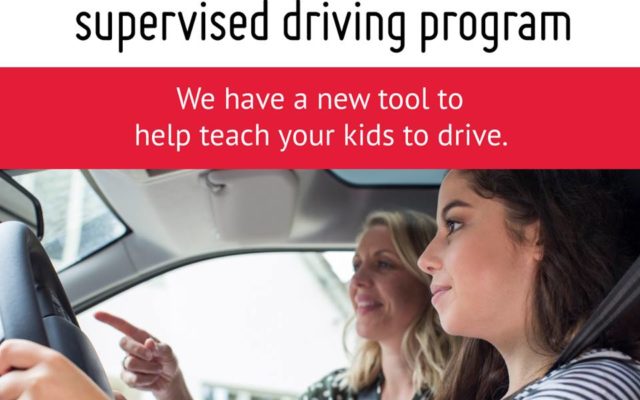 “It’s call The Parent’s Supervised Driving Program, and it’s a very simple concept. It says kids are better drivers when they spend more time with a parent or guardian. They are better drivers the more their parents engage,” Lowe explains.

He says it provides a lot of tools for parents. “It creates a planned curriculum of interaction to start with simple first-time leaning experiences through much more complicated ones,”according to Lowe. There’s some very important things to us here in Iowa –like rural driving versus city and interstate driving — and it also helps them log the amount of time they are spending driving with a child to help them ensure that they are spending enough time.”

He says they will offer printed materials for the program, and you can also download an app. “It seamlessly logs drive time, tracks drive time, and also pulls in information like road conditions. Whether it is daytime, nighttime, that sort of thing, to give them a complete picture, a dashboard of what their driving experience is and how that has progressed,” he says.

Lowe says there is no question how important this is to creating safer drivers. “We can show through the data that when a parent is engaged with their child’s driving and instruction — they are 50 percent less likely to be involved in a crash, they are 70 percent less likely to commit and O-W-I, and they are twice as likely to wear their safety belts. And those are really important figures when you consider the number one cause of teen fatalities in the U-S are vehicle crashes,” Lowe says.

Lowe says there are 115-thousand Iowa drivers between the ages of 14 and 17. And there are 36-thousand learner permits issued each year.

The Best Ice Cream in Every State

Poll: More than Half of Americans Plan on Seeing Dad in Person on Father’s Day