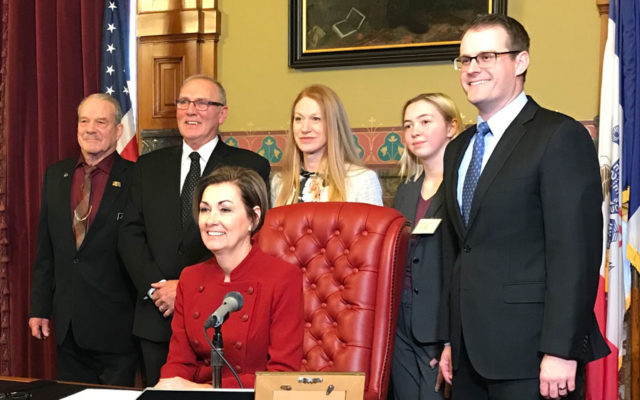 “The bill provides more than $7.2 million in new funding for the 204 school districts with transportation costs above the statewide average of $347.65 per pupil,” the governor said this morning.

This new batch of busing money will be added to the previous budget of $19 million for geographically large school districts with huge transportation budgets.

“In a state with so many rural school districts…transportation costs can quickly eat away at the quality of education,” Reynolds said. “By providing a shock absorber for those costs, the state is able to help those districts succeed, which is so important to our rural quality of life.”

Central Decatur School district headquartered in Leon covers 60 percent of the entire county. It had the highest transportation budget in 2019, spending more than a thousand dollars per student.

The legislation Reynolds signed into law Tuesday also provides a $10-per student boost to 177 districts. This money will help narrow a gap in how much districts are allowed to spend per pupil — a gap that was created when the state school funding formula was implemented in the 1970s. The gap had been as high as $175 per pupil and will narrow as high as $155 per pupil in the next academic year.