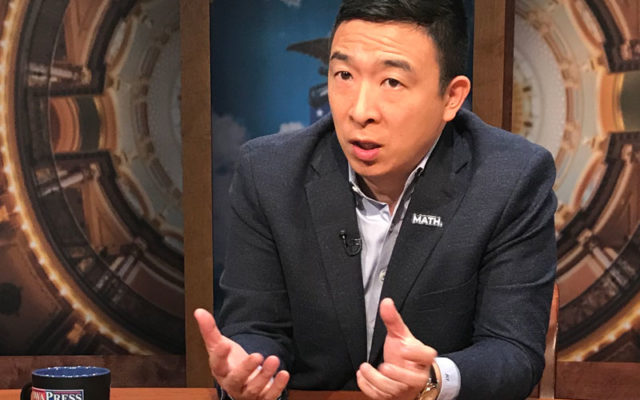 MASON CITY Democratic presidential candidate Andrew Yang says he’s enormously proud of his wife for publicly revealing in a CNN interview that she was sexually assaulted by her doctor. Her gynecologist pleaded guilty to two charges after Yang and 17 other women filed complaints.

Andrew Yang says institutions must do more to prevent violence, but there must be a cultural change, too.

Yang plans to campaign continuously in Iowa until Caucus Night. Yang’s bus tour is in contrast to the three U.S. senators running for president who must be in D.C. for the impeachment trial.

“I wish that the senators didn’t have to head to D.C. for this trial and that they could be here campaigning, too,” Yang says, “but our plan was always to be here and really eager to get our message out to Iowans over the next two weeks.”

Yang on Tuesday made stops in Forest City, Northwood and Mason City