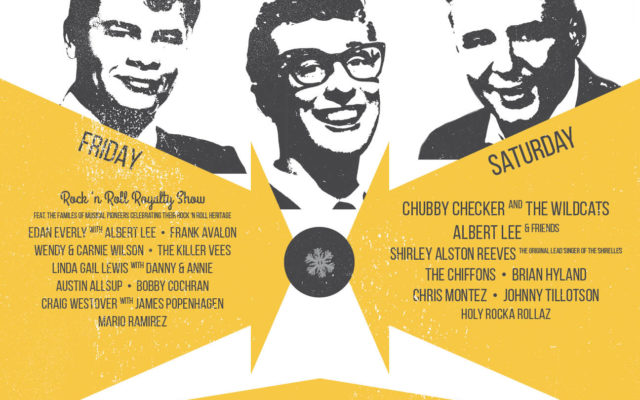 Surf Ballroom executive director Laurie Lietz says despite the cold weather we’ve been having the last few days everyone is looking forward to the weekend’s activities.  “We’re looking forward to some great evenings full of rock’n’roll and a little bit of Rockabilly and just some great music and fun times throughout the community.”

Events kicked off last night with the Family Sock Hop and continue tonight with Jay and the Americans, Little Anthony and the Imperials, the Good Clean Fun Band and Robin Luke.

Lietz says Saturday night is headlined by Chubby Checker and The Wildcats.  The night also includes: Shirley Alston Reeves, who was the original lead singer of The Shirelles; The Chiffons; Albert Lee and Friends; Brian Hyland; Chris Montez; the Holy Rocka Rollaz; and Johnny Tillotson.