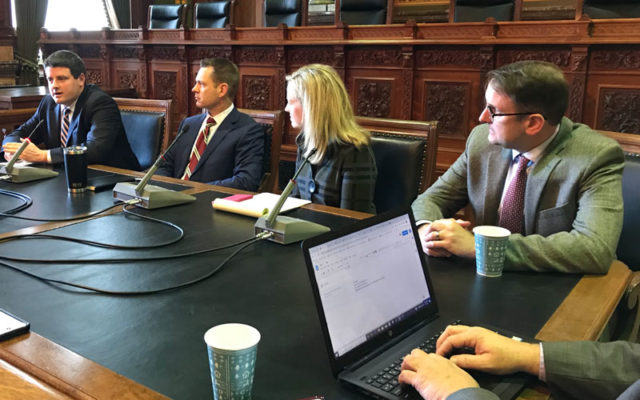 DES MOINES — The legislature’s top Republican leader says GOP lawmakers raised concerns about state institutions that care for intellectually disabled patients a year ago and were told everything was fine.

House Speaker-select Pat Grassley, a Republican from New Hartford, says conducting legislative oversight hearings now, though, would impede federal investigations that are underway at state-run facilities in Glenwood and Woodward.

“For us to sit here and just start having meetings before we’ve even reached the bottom of what’s going on with that situation would be a little bit premature,” Grassley says.

Grassley indicates that last February legislators were told by the head of the Department of Human Services that “there was not a problem” at Glenwood. Governor Reynolds fired the DHS director in July, but has not disclosed why. House Democratic Leader Todd Prichard of Charles City says the House Oversight Committee should convene soon to examine what he calls shocking allegations of patient abuse at Glenwood.

“We can’t be afraid to investigate just because we may not like what we find,” Prichard says.

The man recently fired as superintendent of the Glenwood Resource Center is accused of conducting human experiments on some of the intellectually disabled patients. Senate President Charles Schneider, a Republican from West Des Moines, says the allegations now under investigation are disturbing.

“It seems like the governor and the new DHS director, Kelly Garcia, are doing a good job of responding right now,” Schneider says. “We’ll see what their report shows and take action from there.”

“I’m the mom of teenage kids and I can tell you a very simple rule: trust, but verify,” Petersen says. “That’s why we have we have checks and balances in government and they should be used.”

Four top leaders in the state legislature discussed the situation at Glenwood and a number of other issues Tuesday at a forum organized by the Associated Press.