Kenny Rogers passes away at 81 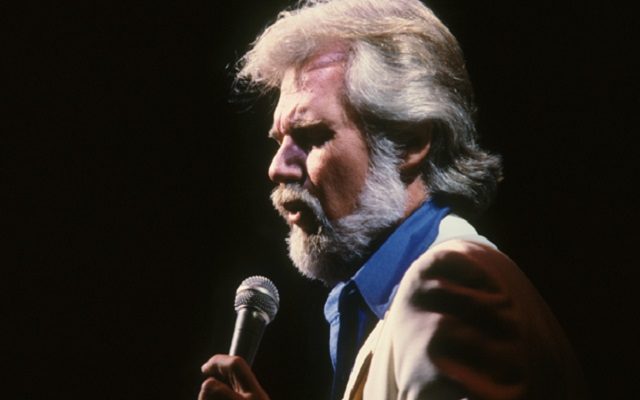 Kenny Rogers, perhaps best known for his 1978 hit “The Gambler,” has passed away.

“The Rogers family is sad to announce that Kenny Rogers passed away last night at 10:25 PM at the age of 81,” reads a statement from the country music legend’s family.  “Rogers passed away peacefully at home from natural causes under the care of hospice and surrounded by his family.”

The statement continues, “The family is planning a small private service at this time out of concern for the national COVID-19 emergency.  They look forward to celebrating Kenny’s life publicly with his friends and fans at a later date.”

The Texan, born Kenneth Ray Rogers August 21, 1938 in Houston, is one of the rare entertainers to emerge from the country world and go on to international stardom, enjoying #1 pop hits and becoming known as an actor, entrepreneur and photographer.

In 1966, Kenny joined The New Christy Minstrels, where he met his frequent collaborator Kim Carnes.  The next year, he and several other members left the ensemble to form the group that eventually became Kenny Rogers and The First Edition. They scored the 1968 #5 pop hit “Just Dropped In (To See What Condition My Condition Was In),” and also found success in 1967 with “Ruby, Don’t Take Your Love to Town” on the country chart.

When the group broke up in 1976, Kenny embarked on his solo career, managing a top-twenty country hit in 1976 with his first single, a variation on the hymn “Love Lifted Me.” He grabbed his first #1 the next year with the now-classic “Lucille.”

Story songs like “The Gambler” and “Coward of the County” topped the country chart in 1978 and 1979, becoming pop hits as well, with “The Gambler” ultimately becoming Rogers’ signature song. By 1980 and 1981, respectively, Kenny had starred in made-for-TV movies based on both of them.

In 1982, Kenny found success on the big screen playing a race car driver in Six Pack, also scoring another country/pop hit with the film’s theme song, “Love Will Turn You Around.”

Kenny’s first #1 on the pop charts came with 1980’s Lionel Richie-penned “Lady.” He’d repeat that success again in 1983 with his iconic duet with Dolly Parton, “Islands in the Stream,” which was written and produced by the Bee Gees.

The mega-hit with Dolly marked the beginning of a career-long association with her, though the two actually recorded relatively little together. They made it to #1 again on the country chart in 1985 with “Real Love,” and in 2013 recorded the touching “You Can’t Make Old Friends,” along with its accompanying music video. The pair only made one full-length album together: 1984’s holiday offering, Once Upon a Christmas.

Kenny’s most frequent duet partner was the late Dottie West, with whom he made multiple records, including chart-topping hits like 1978’s “Every Time Two Fools Collide,” “All I Ever Need Is You” in 1979, and 1981’s “What Are We Doin’ in Love.”  Other notable pairings included “Don’t Fall in Love with a Dreamer” with Kim Carnes in 1980, as well as a cover of Bob Seeger’s “We’ve Got Tonight” with Sheena Easton in 1983.

Rogers’ final country number one came in 1999 with “Buy Me a Rose,” which featured vocals from Alison Krauss and Billy Dean.

In 1986 and ’87, Rogers published successful books of photography titled Kenny Rogers’ America and Your Friends and Mine. In 1991, he started the Kenny Rogers’ Roasters chicken chain, which still operates in Asia.

Kenny was inducted into the Country Music Hall of Fame and Museum in 2013, before announcing his farewell tour in 2015.  Dubbed The Gambler’s Last Deal, it was intended to run through the end of 2018 but was cancelled in April of that year due to health concerns.

Rogers had five children and five wives, most notably Hee Haw star Marianne Gordon, and his widow, Wanda. The two had twins sons, born in 2004, whom they were raising in Georgia.