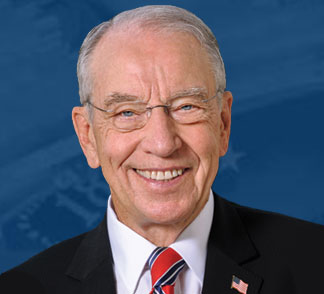 WASHINGTON — Iowa Senator Chuck Grassley says reports indicate the articles of impeachment could be sent from the U.S. House to the Senate very soon.

By law, Grassley says the “looming” impeachment trial would force everything else in the chamber to come to a screeching halt, including action on “very important issues,” like ratifying the United States Mexico Canada Agreement. “During the trial, senators must be in their seats, no meetings, no legislating, not even any of us being able to speak,” Grassley says, “and we don’t know yet how long this whole thing’s going to last.”

While the articles were passed in the House nearly a month ago, House Speaker Nancy Pelosi chose not to immediately send them on to the Senate for action. “The Senate trial could have started weeks ago if Speaker Pelosi hadn’t used pointless delays and indecision,” Grassley says. “The country didn’t gain anything from the hurry-up-and-wait tactic.”

The Senate Budget Committee is meeting today  to do markup on the USMCA, a measure which Grassley says has great importance to Iowans and to the country. Senate debate on the trade agreement is limited to 20 hours, according to Grassley.

“The extent to which those 20 hours might be used, I’m not sure they’re going to be, but if they were, that would be about a two-day session for the United States Senate,” Grassley says. “Then, we would vote up or down, no amendments, no nothing else.” Due to the impeachment process, Grassley says, “We have lost a heck of a lot of time that could have been spent working together on the American people’s priorities.”