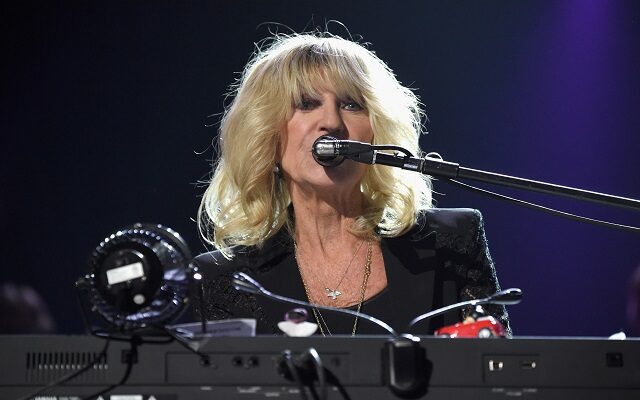 Fleetwood Mac’s Christine McVie has died of undisclosed causes, the band has announced.

She was 79 years old. “On behalf of Christine McVie’s family, it is with a heavy heart we are informing you of Christine’s death,” reads a statement posted by Fleetwood Mac. “She passed away peacefully at hospital this morning, Wednesday, November 30th, 2022, following a short illness. She was in the company of her family.

We would like everyone to keep Christine in their hearts and remember the life of an incredible human being and revered musician who was loved universally. RIP Christine McVie.”

The singer-keyboardist joined Fleetwood Mac in 1970 and went on to write or co-write a number of the band’s biggest hits, including “Don’t Stop,” “The Chain” and “Little Lies.”

In addition to her work with Fleetwood Mac — which she played in alongside her ex-husband, John McVie — McVie released three solo albums. “There are no words to describe our sadness at the passing of Christine McVie,” the band’s statement reads. “She was truly one-of-a-kind, special and talented beyond measure. She was the best musician anyone could have in their band and the best friend anyone could have in their life.”