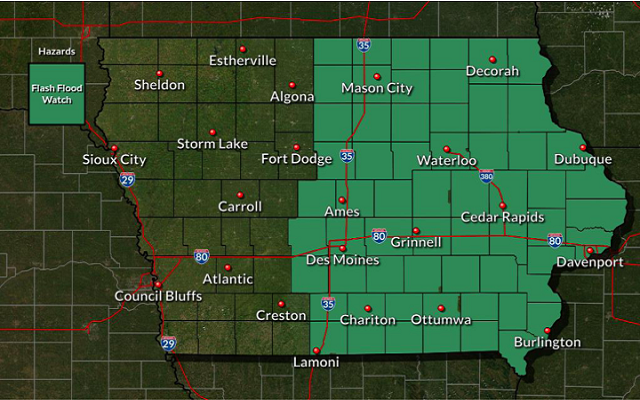 The Flash Flood Watch continues for

* From 7 AM CDT this morning through Wednesday morning

* 2 to 4 inches of rainfall. Isolated areas of higher amounts possible. Heavy rainfall rates of 1 to 2 inches per hour at times may lead to flash flooding.

* Heavy rainfall may result in flooding of low lying or poor drainage areas and ultimately dangerous flash flooding on smaller creeks and streams. Significant rises on larger streams and rivers will also be possible.

PRECAUTIONARY/PREPAREDNESS ACTIONS… A Flash Flood Watch means that conditions may develop that lead to flash flooding. Flash flooding is a VERY DANGEROUS SITUATION. You should monitor later forecasts and be prepared to take action should Flash Flood Warnings be issued. 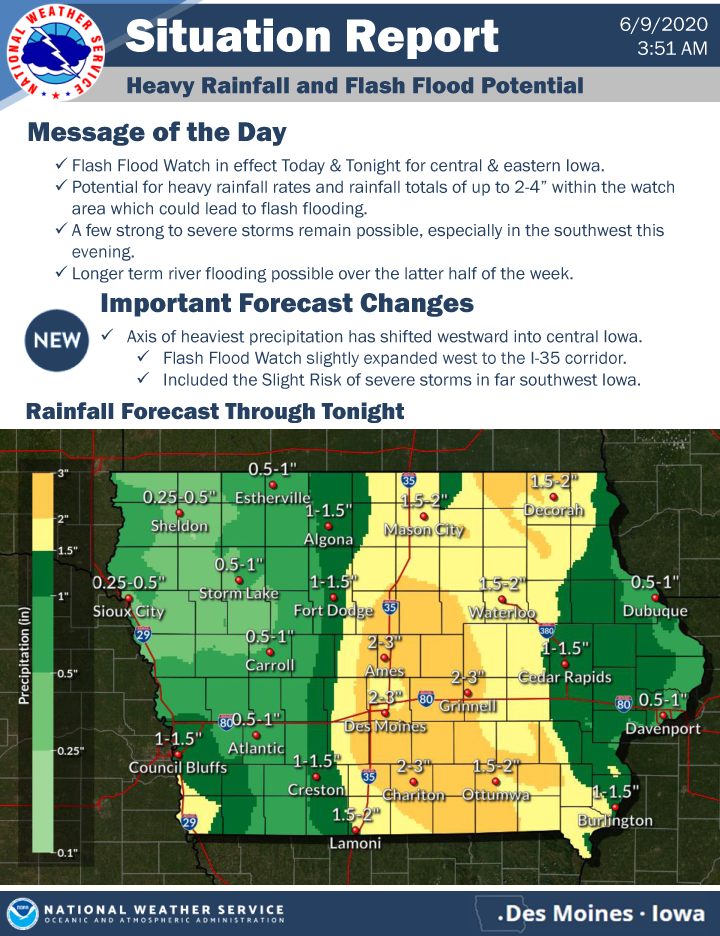 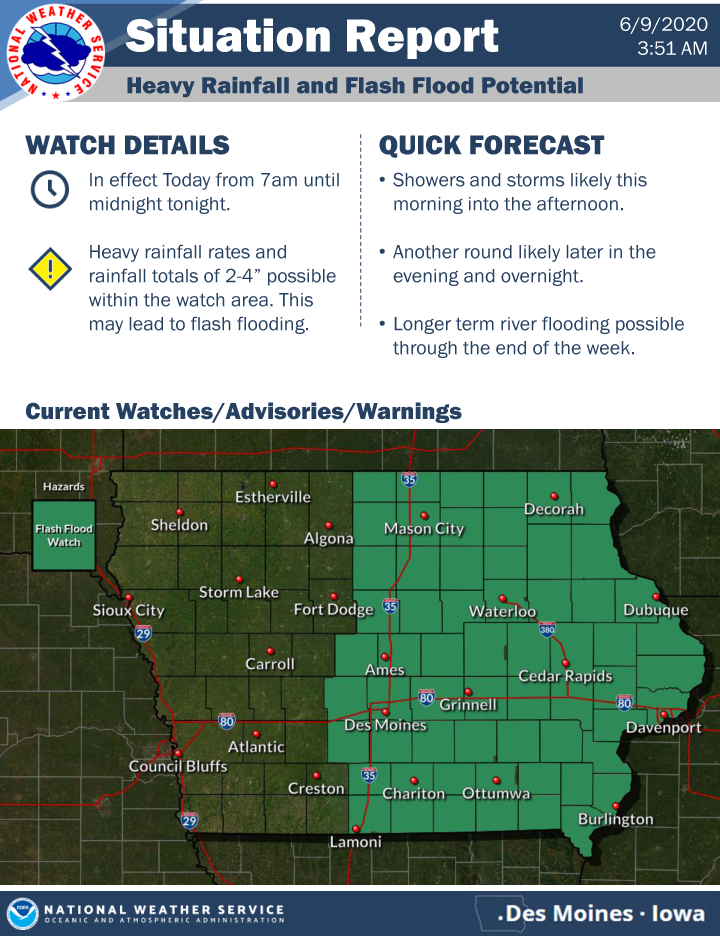 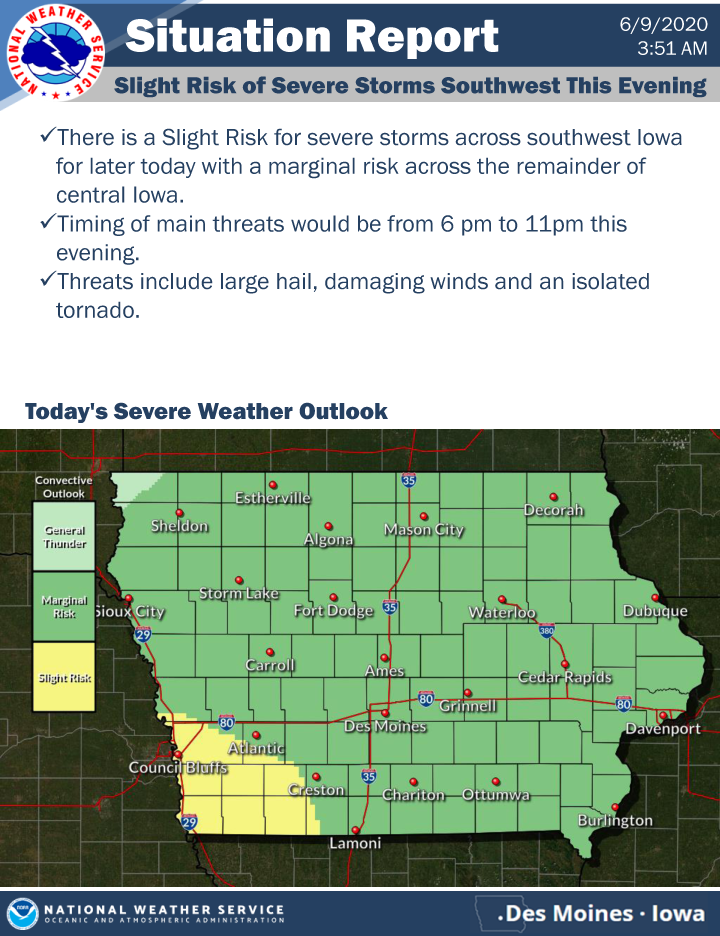 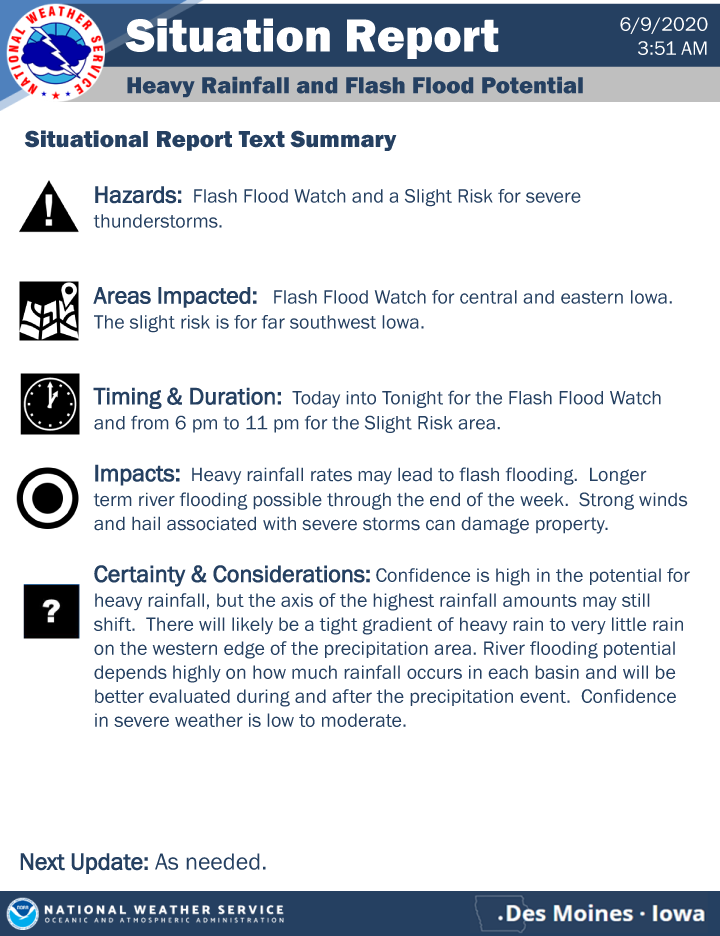