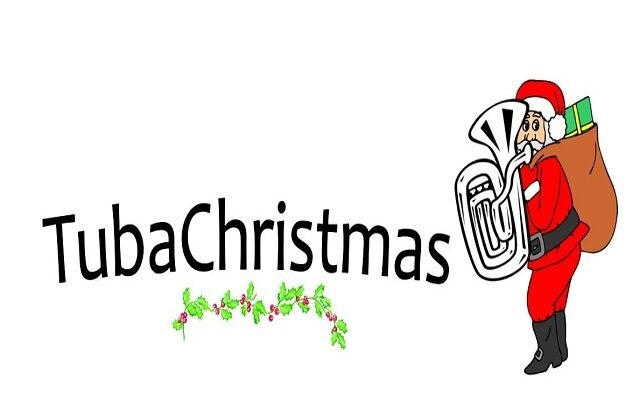 The 36th annual Mason City TubaChristmas concert will be at 1:00 PM on Saturday, December 10th in the new Principal Pavilion in Mason City’s Southbridge Mall.

Any tuba, sousaphone, euphonium or baritone player of any age and ability who would like to participate is asked to attend a rehearsal Saturday morning in the Mason City High School band room. Registration is at 10:00 AM with a rehearsal starting at 10:30 AM. Musicians should bring their own instrument, decorated with seasonal ornaments, lights, or bright Christmas colors, a Santa hat and music stand.

TubaChristmas is a performance of favorite Christmas carols by area tuba, baritone and euphonium players. The North Iowa concert will be one of more than 200 similar tuba concerts given throughout the United States and in several foreign countries. Starting in 1985 with only six players, Mason City TubaChristmas has grown to be one of the largest in the nation. It is one of Iowa’s longest running TubaChristmas events, and traditionally has been one of the largest in the state, drawing at times more than 100 tuba, baritone and euphonium players from the north-central Iowa and south-central Minnesota region.

TubaChristmas is celebrating its 49th anniversary nationwide. It began in 1974 at the Ice Rink Stage of New York City’s Rockefeller Center, where more than 300 tuba, baritone and euphonium players gathered to honor the memory of world-renowned tuba player and Iowa native William J. Bell, who was born in Creston on Christmas Day, 1902. TubaChristmas was created by Harvey Phillips to honor Bell, and the traditional carols were specially arranged for the first TubaChristmas performance by American composer Alec Wilder, who died Christmas Eve, 1980. Phillips, an Indiana University music professor, died on October 20th of 2010.

For more information on TubaChristmas, contact Jeff Kirkpatrick, TubaChristmas conductor, at 641-732- 3102 or [email protected] The local group also has a Facebook site at www.facebook.com/masoncitytubachristmas 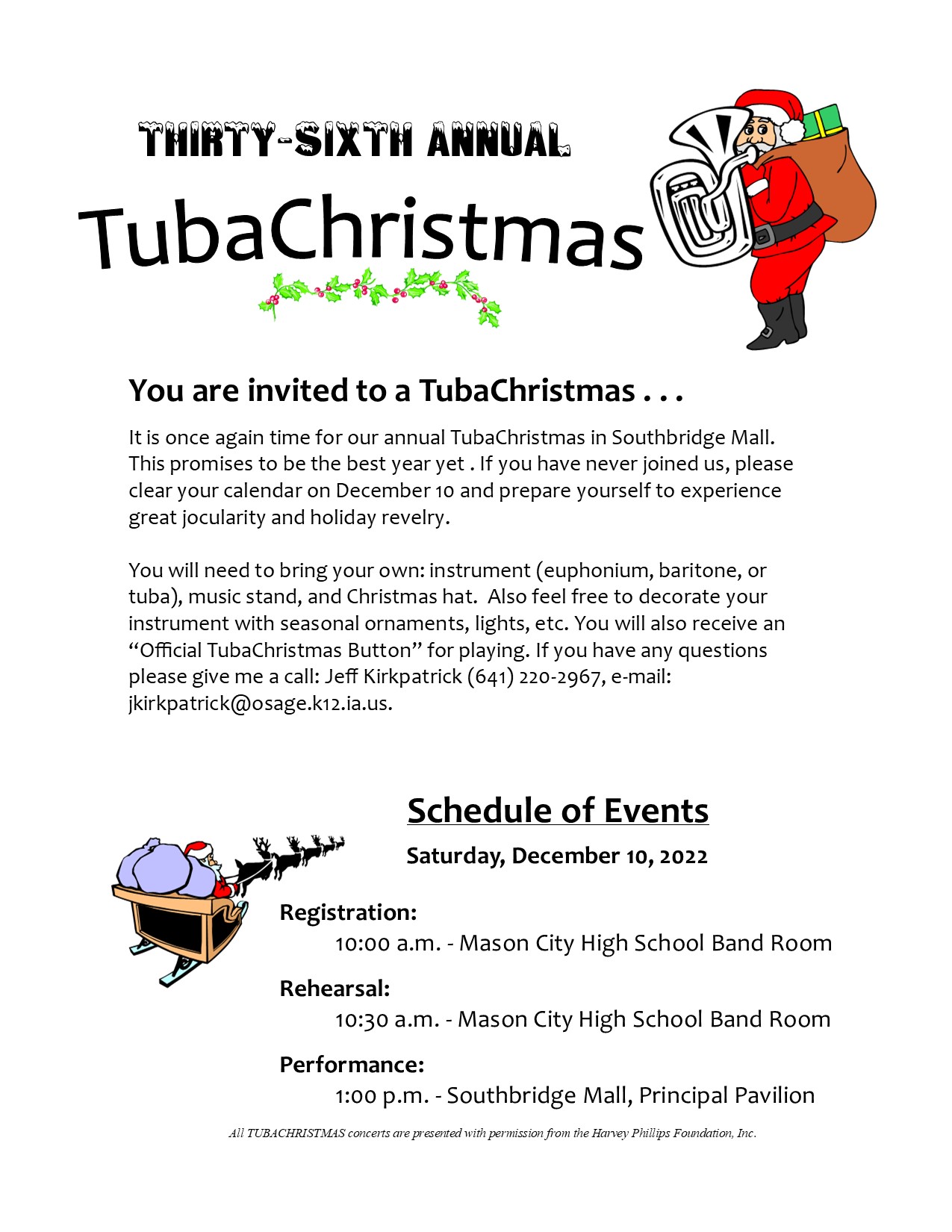