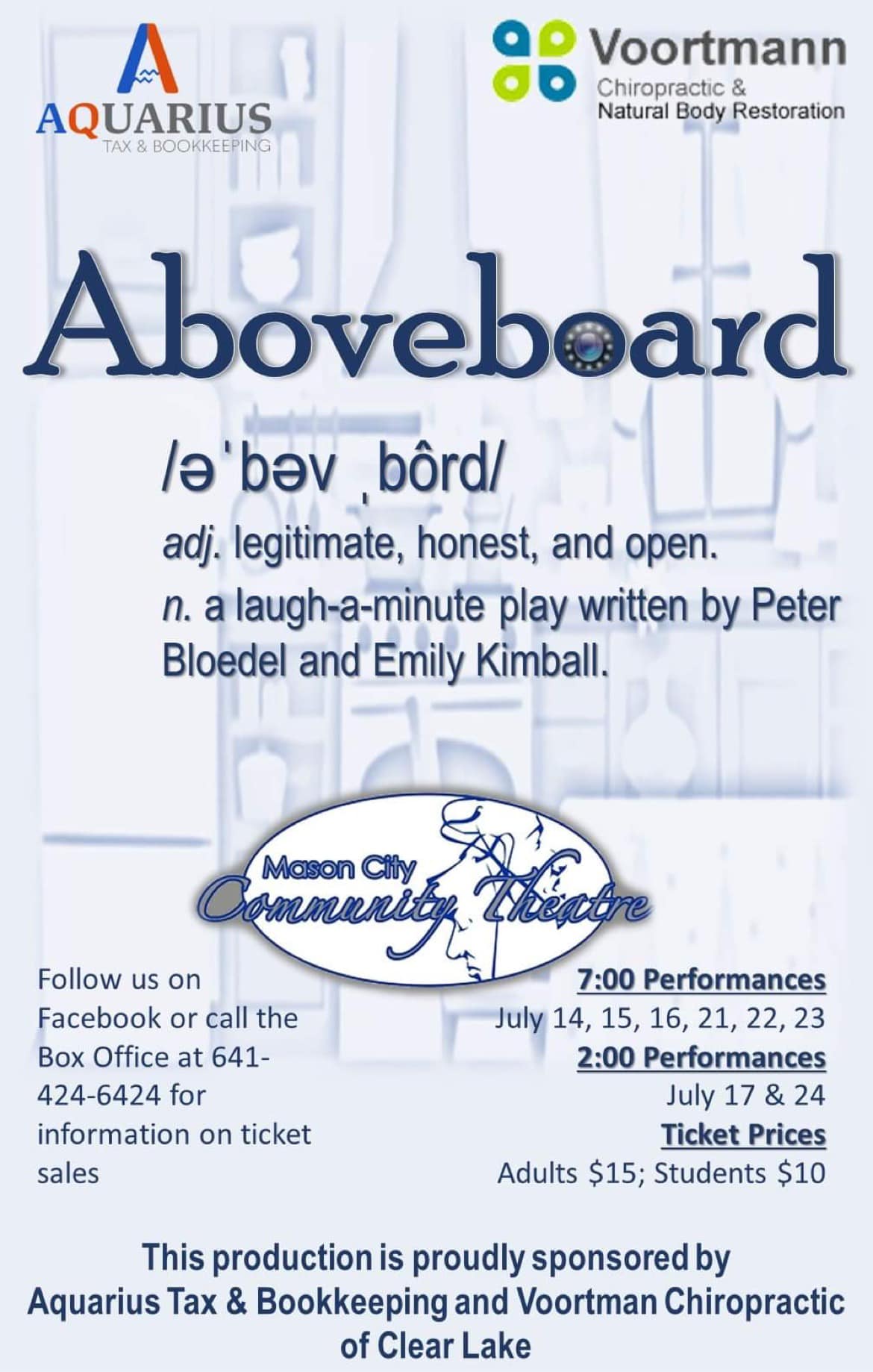 From Playscripts.com, “When Nick’s food starts disappearing from his apartment fridge, he immediately suspects his best friend Milo, a bumbling magician who lives down the hall. But Milo refuses to confess, so Nick installs a camera to catch the culprit in the act – and finds an unlikely trespasser has been secretly living in his apartment for nearly a month. When the video hits the internet, the surprises multiply in this romantic comedy about magic, misunderstanding, and running out of milk.”

Show runs July 14-24, Thursdays, Fridays, and Saturdays at 7:00pm, Sundays at 2:00 pm. Get tickets online at MCCommunityTheatre.eventbrite.com or stop in the Box Office Monday through Friday, 1:00 – 5:00 pm.