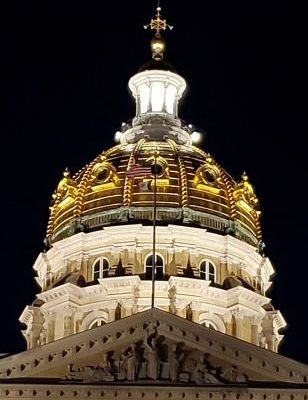 DES MOINES — Democrats are calling for the legislature to investigate after email released by a state agency appears to show an administrator knew 20 months ago that disabled patients at the state-run Glenwood Resource Center were to be part of a “sexual preoccupation” study.

“With this new information, it is our job as lawmakers to find out what’s going on,” said Representative Ruth Ann Gaines of Des Moines, the top Democrat on the House Oversight Committee, said.

“We have a Government Oversight Committee for a reason and it should have been meeting long ago on this issue,” Petersen said.

The Des Moines Register recently received email, texts and other documents from the Iowa Department of Human Services. The material indicates some staff at the Glenwood facility were warning the agency’s very top manager of several problems. Representative Dave Deyoe  of Nevada was among a handful of lawmakers who met with then-DHS director Jerry Foxhoven a year ago to raise concerns.

“Foxhoven said none of this was going on,” Deyoe said Monday, “that they couldn’t do studies there, that’s not their job to do studies and it would be illegal if they did.”

The governor fired Foxhoven this past summer for undisclosed reasons. The manager who seems to have approved the sex-related study recently retired.

Deyoe and other Republicans in the legislature say lawmakers should defer to the U.S. Department of Justice investigation of patient treatment at the Glenwood Resource Center rather than have the state legislature launch an investigation at this time.