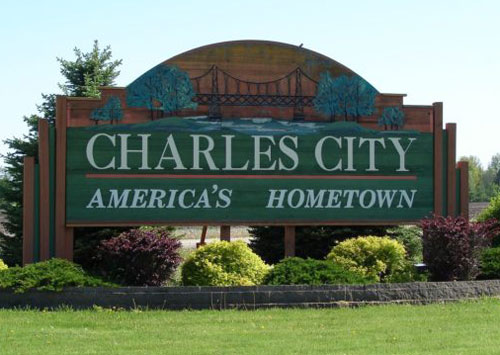 CHARLES CITY — The Charles City Community School District has approved a new baseball and softball complex the district says will solve a longtime flooding issue. The district will be relocating their baseball and softball diamonds from Sportsman’s Park to the school’s high school campus.  The two teams each played just seven home games this past year due to flooded and wet playing conditions.

Baseball coach Tyler Downing says the extra time getting surfaces playable has taken a toll on his family and team. “My time at Sportsman’s Park has been 20 years of bailing water, riding buses, of multiple factors that inhibit playing baseball,” Downing says.

The $1.7 million dollar complex would have the softball diamond sit between the high school parking lot and the north end of the football field.  The baseball diamond would sit to the southeast of the middle school and high school on Comet Drive where pavement would need to come up and trees taken down.

Freshman softball player Rachel Chambers says they want to play on dry fields, but not settle for a quick fix.  She says they have worked really hard to make sure that the younger kids can play on the field, as they want the best field they can have and not just an “okay field.”  The school previously purchased 20 acres on the northeast side of Charles City for the complex, but concerns about available finances and its timetable forced school leaders to explore the new avenue.

District superintendent Mike Fisher says the extra land will still have a purpose, but he didn’t disclose what it would be. He says they are looking at uses that meet their vision and says in the meantime they will continue to farm the land for the FFA.

The diamonds would be ready for play by the spring of 2020.