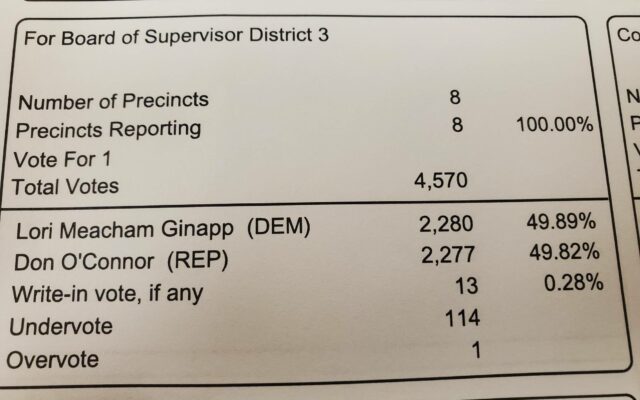 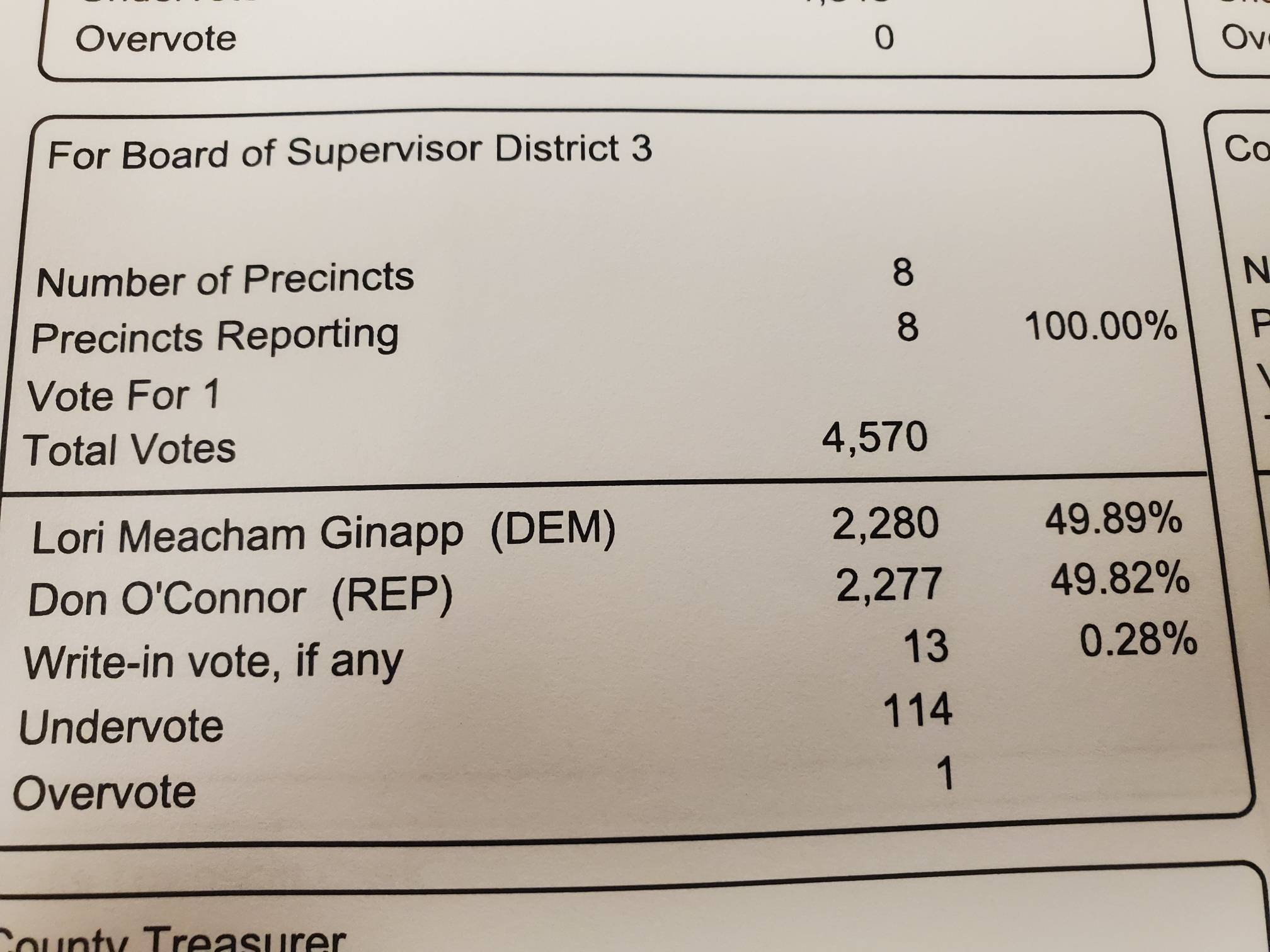 MASON CITY — The lead for the unofficial winner of one of the Cerro Gordo County Board of Supervisors races narrowed on Monday afternoon after provisional ballots were counted by a special board.

Republican Don O’Connor received three more votes in the District 3 race after the count of special military absentee ballots and absentee ballots cast as part of the state’s Safe at Home program. That means that Democratic candidate Lori Meacham Ginapp unofficially won the election by three votes, 2280-to-2277. There were also 13 write-in votes and 114 people who cast ballots but failed to choose either candidate.

In the District 1 race, unofficial winner Chris Watts and challenger Amanda Ragan each picked up a vote from the provisional ballots. Watts also picked up two more votes after a special administrative recount was held for the ballots cast in Mason City Ward 3 Precinct 1 and Ward 3 Precinct 2 as each precinct had one ballot that was not counted on Election Day after paper jams with ballot machines. That gives Watts a 13-vote lead at 2917-to-2904.

O’Connor and Ragan have indicated they will ask for recounts to be held.

Iowa House District 59 candidate Doug Campbell is also asking for a recount in his race. After yesterday’s recounts, incumbent Sharon Steckman unofficially won that race by a 6328-to-5589 margin. Campbell had posted on Facebook that he was contesting the race “not because I’m a bad loser but the numbers do not look right.” Campbell questions how almost 12,000 people voted in his race and 10,000 of those voted for the gun rights amendment on the ballot, but he questions why there would be a majority voting for Steckman “who is against the Second Amendment”.

The Board of Supervisors meets at 2 o’clock this afternoon to accept the canvas of the election, making the results official.