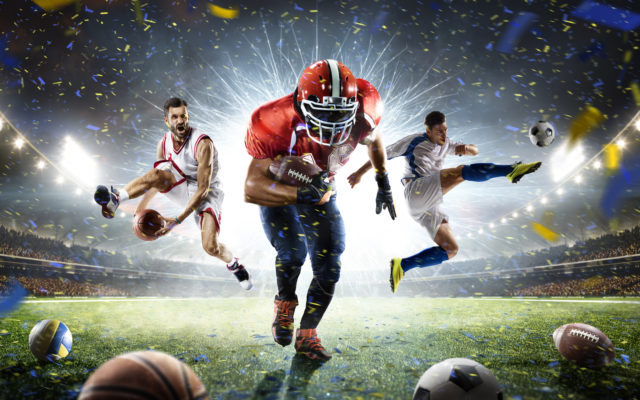 Several casinos around the state held ceremonies and began taking their first sports bets Thursday as it became legal at noon.

The sports book operator counted down three-two-one and the ribbon was cut to cheers at the Prairie Meadows Casino in Altoona, Republican state senate majority leader Jack Whitver of Ankeny says some Iowans were already betting illegally.

“We decided the right path forward was to bring sports wagering out of the darkness into a controlled, regulated environment that offers consumer protection along the way,” Whitver says.

The state will collect taxes from sports gambling, but it may only be a small percentage of what is already collected from casinos. Whitver and State Senator Tony Bisignano of Des Moines made the first bets at Prairie Meadows. Bisignano bet on the New York Yankees to win their game and Whitver – who was a standout wide receiver at Iowa State — picked the Cyclones to beat Iowa this year in football. Customers lined up after the ribbon cutting to place their bets.

Mick Schminkey of Pleasant Hill put 40 dollars down on a few N-F-L preseason games. He says he’s been waiting for Iowa to approve sports gambling since the Supreme Court threw out a federal ban last year. Eventually Schminkey hopes to win a few bets, but this was for the experience.

“It’s just fun to have that first bet in my pocket. I probably won’t ever throw this ticket away, unless I win,” Schminkey says. Iowa is one of the early states to adopt sport betting but others are close behind. Places like Oregon, Illinois and Indiana are working out the final details. A similar ceremony took place at the Isle Casino Hotel in Bettendorf . Bettendorf Mayor Bob Gallagher placed the ceremonial first legal sports bet on his alma mater.

“Seeing as though I am an Iowa grad, my son goes to school there, and I was actually Herky the Hawkeye while in school, I’m going to take the Hawkeyes in their season total wins to beat seven and a half,” Gallagher says. William Hill is running the sports betting for the Isle and Vice President Michael Grodsky says they are ready for sports gamblers.

“Any questions you have at all or any concerns you have about how to bet or what way to make a bet, we are here for you,” Grodsky says. “We know this is brand new to the midwest, and we’re excited to be here.” Eighteen of the 19 state-licensed casinos plan to offer sports betting. Ten of them were ready to go for the first day and the rest are expected to complete the process in the next week or so.