Alternate Side Parking/Emergency Snow Route in effect until further notice 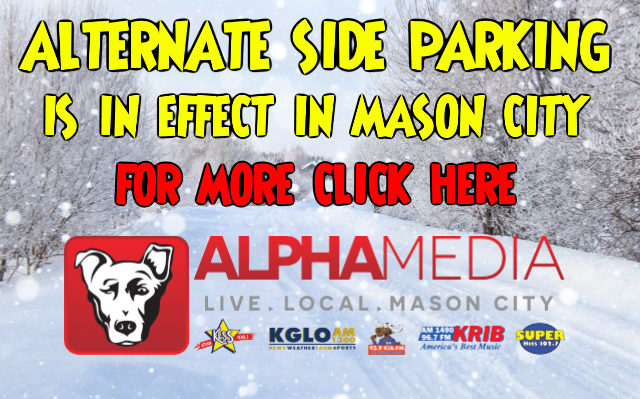 Alternate Side Parking/Emergency Snow Route in effect until further notice.

Title 9, Chapter 10A of the City Code outlines the provisions of the snow parking ordinance. Alternate side parking is in effect when designated by the City Administrator. The City administrator may suspend the ordinance at his discretion. When alternate side parking is in effect, it is unlawful for any person to park, abandon, or leave unattended any vehicle on any street or alley in violation of the following provisions:

On cul-de-sacs bearing consecutive street numbers, parking is prohibited according to the schedule for the street side to which it connects.

First Street NW from Monroe Avenue to Pierce Avenue has been designated as an Emergency Snow Route. The designation requires the removal of all cars from the street until such time the ‘Emergency Snow Route’ is lifted. The elimination of the cars on this street will allow the plows to clear this street curb to curb immediately after a snow event.

This street was selected since it is a narrow street with high volumes of traffic which leads to problems not seen on low volume streets. When the residents park on the north side of the street, they are parking in the lane people drive when heading westbound. It is unexpected for drivers that are used to traveling this road to see a car in their lane.

City staff will use several means to notify residents of the status of the Emergency Snow Route designation on this roadway:

Other streets may be designated Emergency Snow Routes in the future as staff determines the need.